I hope you have all had an amazing month of brewing some delicious coffees. This blog is all about the roaster camp that I attended in Poland this month.

As some of you may have read, I attended the roaster camp last year in Estonia, this year it was in Poland and wow, what an experience. You may ask, what is the camp about and who should attend? To be honest, I think anyone who has a plan to go into roasting should attend, it’s a must do! There were people there with zero experience to some with over 15 years in the industry, the aim is to learn off each other and ask as many questions as possible. So, what did we get up to?

Day 1: We arrived in Poznan, Poland on Wednesday 4th October 2017 then caught a shuttle to the beautiful Remes Hotel just outside of Poznan. The venue was amazing and had all the facilities you could think of, a great location for an event like this. At 16h00 we jumped straight into registration where we received our bag handouts, which were filled with a whole bunch of goodies. We all met up in the main hall and were introduced to the “Working Team” which was followed by a cupping protocol, this was much needed as we cupped all day, every day. 19h00 was dinner time and wow, what a spread of amazing food. We got to sit down with some new and old faces over a great meal, it’s a fantastic time as people start to engage with each other and discuss different topics, mostly coffee. Straight after dinner we went back to the main hall and were given the team challenge. We were given a blend of beans on the cupping table as well as five single origin beans that were part of the make-up of the blend. We had to guess what the blend consisted of in terms of origin as well as the percentage of each, it was tough but challenging at the same time. I was lucky to have Rob Hoos on my team, a talented coffee roaster and consultant who has also published a book. This was a great team building exercise and it brought all our skills together. At around 10h30 we had finished up and went off to bed… well a beer then bed!

Day 2: The day started with breakfast at 07h00, once again we met up with our new friends and spoke about what we had planned for the day ahead. After breakfast we split up into our chosen cl
asses (a variety of classes are chosen when booking your ticket for the camp); I had a class with Rob Hoos on Heat Transfer. There is so much knowledge that is shared in the classes and it can be hard to jot down everything. The next class was an option between “sample roasting” by Kaya Caretta or “Expanding your roaster business” by Filip Anderson. We broke up for lunch at around 13h00 then got back straight into the next talks. We had several talks that were interesting such as Exploring Ferentation by Felipe Croce as well as a Sustainability Survey, which was a real eye opener. At around 17h00 we got back into our teams and continued with the team challenge. It was a great to see the team work together and discuss how to move forward to achieve the results we were looking for. A lot a discussion, roasting and cupping was done and the group had a good system in place. The nights normally ended up being long but we all didn’t pay attention to time as we were having such a great time. Dinner was much needed so we had a quick meal then jumped straight back on the roasters. Unfortunately, there was a huge storm, which kept causing power cuts and this resulted in a very close fire. We decided that it was a bit too dangerous to continue so we called it a night. 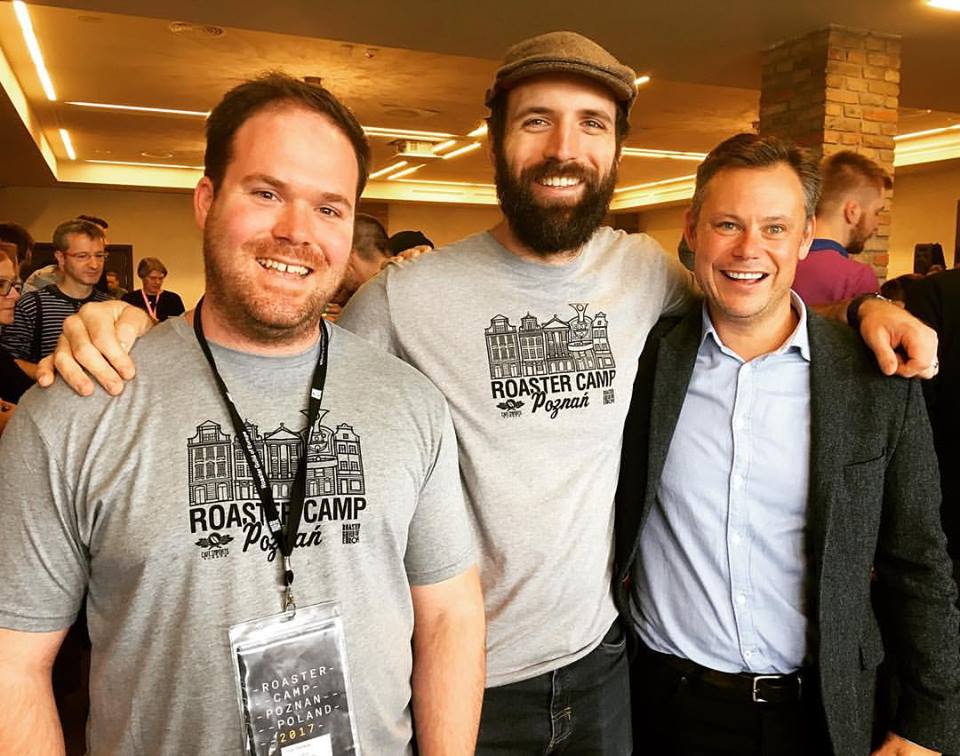 Day 3: As usual we started off the day with a big breakfast and met up with our friends. The first class of the day was a hands-on class with Rob Hoos and Morten Munchow, which was very interesting. We broke up onto 6 different roasters and each performed a different exercise, which was followed by a cupping session. It’s at this point where you realise how complex coffee is and that if you make the slightest adjustment the results could be dramatic. After the class, we broke up for lunch then had a talk and cupping session on Cup of Excellence, which was great. We were lucky enough to do a cupping session with coffee from Peru and Colombia, they were outstanding! We got back to our team challenge and had to complete the final blend and submit it to the judges. My team stayed up late trying to make up for lost time from the power trips but we managed to get a good tasting blend together. The night ended with dinner and karaoke, which was a sight to see.

Day 4: An early morning breakfast with a sight of red eyes and tired faces was the scene but we were all ready for the last day. I had a class by Konrad Oleksak on roaster maintenance, very interesting and hands on. It’s scary how easily a fire can start and as Konrad said, “it’s not if you have a fire, it’s when you have a fire”. The next class was by Mans Akne Anderson on Roasting for Different Brewing Methods, a very informative class pointing out the main differences and how to approach each roast. The camp was coming to an end and we were all pretty tired at this stage but there was still one more thing to do…. Challenge results! A final cupping session was done with our presented blends and the final scores were tallied up. Unfortunately, my team did not win but nevertheless it was a great exercise. We finished off the camp with a group photo and said goodbye to all our friends.

The camp was an amazing experience and I gained a huge amount of knowledge as well as made some great friends. I would highly recommend this camp to any coffee lover, it’s an amazing experience and is something you do not want to miss. Apparently next year the camp will be help in Portugal but keep your eyes out for when the tickets go online.
Until next time, stay caffeinated!