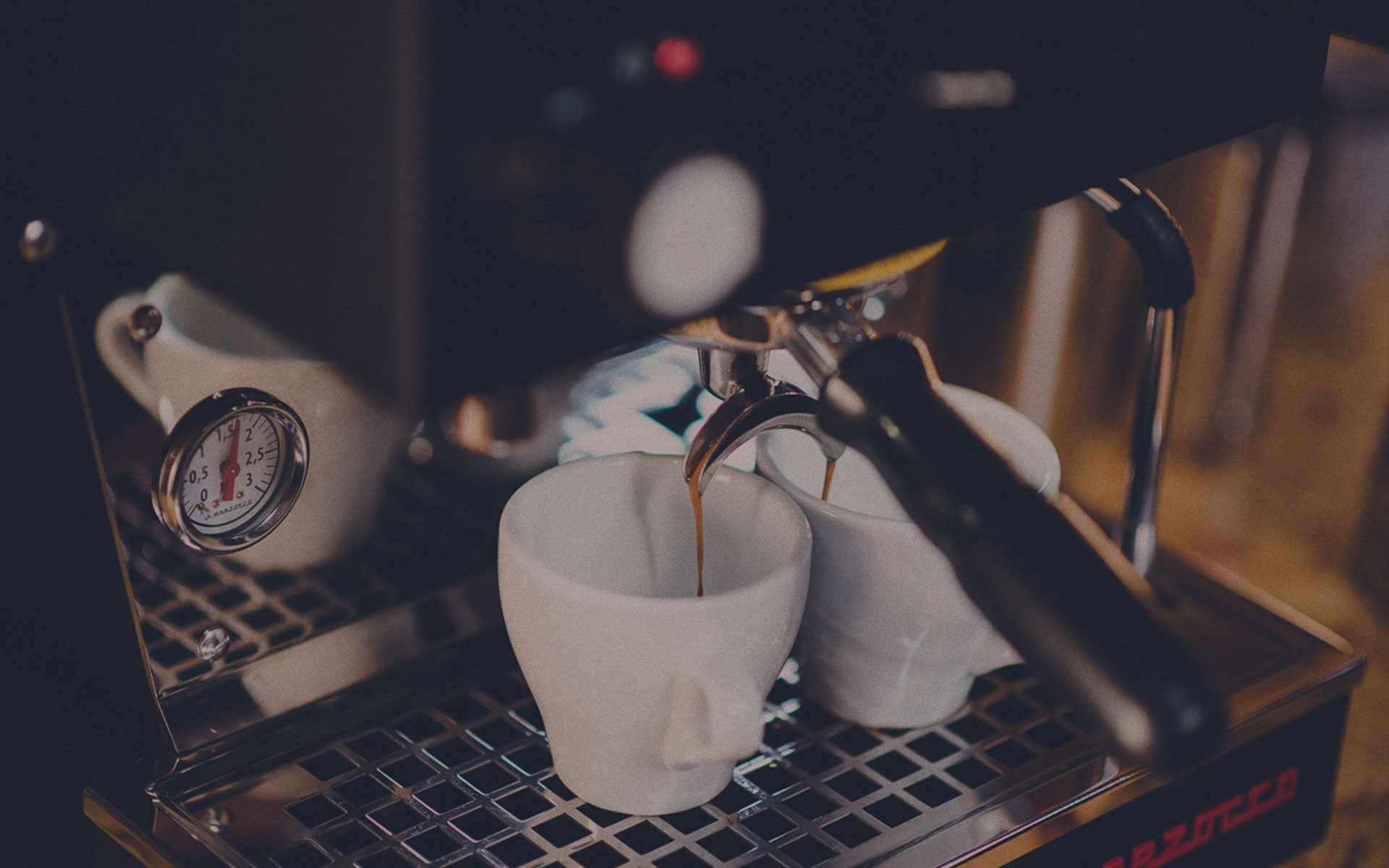 These are the feelings coursing through every customer as they enter yet another speciality coffee shop that has it’s very own interpretation of cup sizes, milk densities and coffee to milk ratios. Not to mention the fact that every one of these menus consists (usually) of no less than, heaven forbid, three different languages.

I am here today to try and help you on your way to inner peace, quiet sanctuary, Nirvana as it were. Here I shall ascribe to you how we at Artisan create our menu. I will do my best to explain, as unpretentiously as possible, the meaning behind our English, Italian and Spanish scribblings by talking you through a number of the industries most contentious coffees. Unruly things.

The Long Black
The term ‘Long Black’ has made its way into almost every speciality shop in London at this point and yet there is still a great deal of confusion surrounding it. What’s that? What’s in it? Why don’t you call it an Americano?

Long Blacks and Americanos are made with all the same stuff. As we at Artisan would have it, a double shot of espresso as standard with different quantities of hot water (between 94-96C) depending on the size requested. The difference is merely the order in which these ingredients are poured into the cup.

With an Americano, the espresso is poured into the cup first, with hot water then added on top. This gives the cup a very even flavour throughout, but almost fully disperses the often desired crema, which sits on top of the espresso. This unfortunately leads many people to falsely believe the espresso hasn’t been pulled correctly. Naughty.

A Long Black on the other hand has the cup filled with hot water first, after which the espresso is gently poured on top (often down the side of cup at an angle to allow the crema to fully settle itself as the crowning glory). This leads to the beginning of the drink being dark and intense with some bitterness (from the crema, as it c
onsists of oils and undissolved solids) with the drink mellowing as the drink progresses.

There, you see? Completely different, right? Kind of, anyway.

The Macchiato
This here is where our Italian compatriots rear their well tanned mugs. Macchiato means ‘stained’ or ‘spotted’ and so as directed, so we follow.

Creating a Macchiato can be done in two ways.

Firstly, as with both styles, a double shot of espresso is pulled. In many cases, and what is probably the classic way of making the drink, a small amount of ‘frothed’ milk is spooned on top, giving the espresso a very slight milk finish.

Nowadays, particularly in the UK, instead of spooning on the ‘froth’, the barista will steam the milk as micro-foam and pour a very small amount on top, carefully allowing for a stain (or as we would have it in Artisan, a heart) to be shown on top. Rather than having a milk finish, this drink would be more even throughout and takes what can be considered the harsh edge off the espresso.

The Cortado
All aboard The Nina, The Pinta and The Sant
a Maria, we’re headed to Spain.

Cortado is the past participle for the Spanish verb Cortar (to cut).

Once again this is based on a drink which has a double shot of espresso as its base. In the case of The Cortado, the espresso is mixed with equal parts milk, which has been steamed to incorporate a delicately light micro-foam. Aye yai yai.

I hope this has helped ease some of your minds and will once again allow you to step forth (not froth) into the world of speciality coffe
e with your head held high and your chest puffed out, full of whimsical fervour.