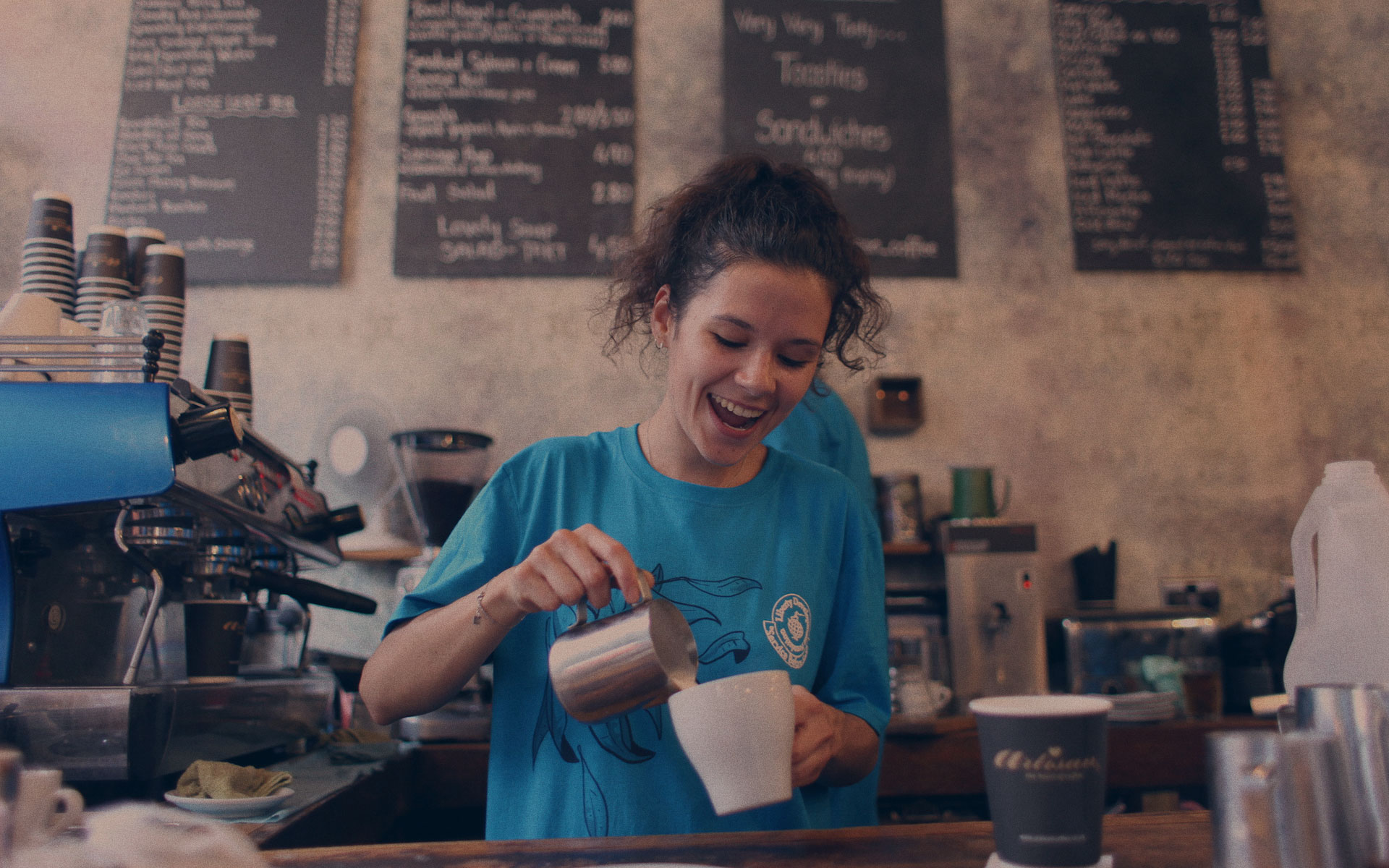 I have at this point been involved in the coffee industry since March of 2016. Not a long time all things considered. I spent the entirety of those first six to eight months learning the trade, working behind the machine and doing everything I could to become as good as possible, as quickly as possible.

No sooner had I figured out what this job was all about when I began training others. Such is the world of hospitality in London that we have a relatively high turn-over. All told, we at Artisan have decent record in terms of barista retention, but the industry is what it is.

There are two very important things I have learned over the last two years of training others.

One: Every person learns differently. I have found that instead of trying to decipher how each person learns at the very beginning, to try and cover all my bases and teach/feed-back in a multitude of ways.

Here I will only deal with how we train in the stores. Perhaps I will touch on training the public another time.

When you have a new barista on the shop floor you need to get them moving and get it done fast. Customers don’t care if they’re new and they certainly don’t care that you’re trying to train them. They want their coffee at the usual speed and at the usual standard. This can make life difficult. You want your new staff member to feel comfortable and secure during their first few days as they find their feet but they must also understand where they are making mistakes and where their focus needs to be to get through those first few crucial days.

I have found over time it is better to not give too much feedback during rushes. You must do your best as the trainer to lead by example. Often this means picking up the slack and doing half of their job as well as your own. This can be tiring, unfortunately training is tiring.

At the end of the shift, I find it’s a good idea to take your barista away from the machine, grab some water and sit down to talk about how the shift went. Not just how you felt it went, but how they felt about it as well. Post-shift feedback was, for me, the most beneficial part of my initial training. I would leave with the feeling that my trainers had really been attentive in their approach. It also meant I was sent away with concise and structured ideas for me to focus on during the next shift.

This does not mean we shouldn’t feedback during shift. I find repetition to be one of the best ways to learn. Just remember only to feedback on the truly important points and to keep the information succinct. There’s nothing more demoralising for new staff than a trainer picking at every little thing they do wrong. It’s always beneficial to give as much praise for the things that go well as to point out those bits and pieces that weren’t quite perfect both behind the machine and during the post-match sit down.

As I mentioned above, all people will learn in different ways. By allowing for small amounts of on the spot feedback coupled with a post-shift chat, you can cover a lot of your bases. Of course, some learn better through explanation and others by doing. It is important to always allow for both systems and while doing so explaining not just how to accomplish a task but also why we are doing it the way we’re doing it. Overall, it makes for a more well-rounded trainee and without them knowing it, they are already developing a system of how to train others themselves. Two birds, one stone.

While we as baristas take our jobs seriously, potentially too seriously at times, one of the most important jobs of the trainer is to allow the trainee to enjoy themselves. There will be times when both the trainer and the trainee are stressed. In the first few days the new barista can often feel too nervous to unwind in front of their trainer. For me personally I remember not wanting to seem like I wasn’t taking the situation seriously. It is the job of the trainer to provide a good atmosphere behind the bar and to make the trainee feel welcome. Latte art thrown-downs where you allow them to judge you and the other baristas during the quieter periods is always a great way to include them in an activity. It also lets them get their own back for all the nit-picking you’ll have been doing.

Ultimately you want your recruit to stay on, learn, become part of the team and be happy, not only coming into work, but to see your name as their trainer on the roster beside theirs. That is often the most difficult part, balancing teaching them everything they need to know, alongside allowing them to enjoy their job and the new skill they are learning.

That’s it for now.

If you need beans and you want to support Artisan, a great local independent – please go to artisancoffee.co.uk/help and we will post a bag of beans to you.